A Bunch of the Boys

A bunch of the boys

Had the whooping-cough  at the Puppy Dog Saloon

The kid that handled the music box

Was playing his Sunday School tune.

If you are a fan of Robert W. Service you will see this as somewhat of a mashup of The Shooting of Dan McGrew. My dad knew loads of poetry and was very willing to share with us as kids. He liked to switch it up when we were little. He mesmerized us with voice tone, action and antics. This is how children learn and how they acquire a love for the spoken word. A trip to Yukon is definitely on my bucket list! I still have my kids copies of The Shooting of Dan McGrew and the Cremation of Sam McGee illustrated by artist Ted Harrison and will read them to my grandchildren.

As I got older I found a well-worn copy of Songs of the Sourdough on the bookshelf and to this day I can pretty much recite every single poem in it. My favourite is My Madonna.

My dad loved to read. His favourite author was Thomas Hardy. I still enjoy him today as well. When my dad was in a really good mood, probably after a drink or two, he would quote this poem below.  Said he learned it from his father. My mom would get all flustered; telling him not to be teaching us things like that. I had forgotten all about it until I found a copy in her things . I tried to google it and couldn’t find it anywhere. Funny how as a kid I only remember the prayer and miracle part and I’ve never been afraid of hermits!

Moral is read to kids, read with passion.

Don’t think  reading this one to the grand kids will be an option. 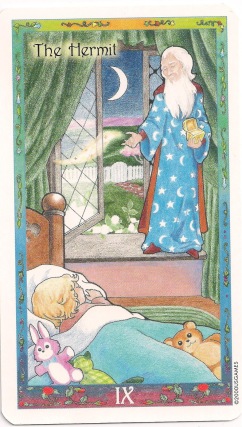 He grabbed for his hat, which lay on the beach
To cover up all its wide brim would reach
And he yelled to the girls with a horrified screech
Go away

Of the truth of this story there’s no doubt at all
The Lord heard his prayer and he answered his call
Though he let go of the hat, the hat did not fall
That’s the miracle