“Remember that a man’s …

“Remember that a grandma’s name is to her the sweetest and most important sound in the any language.”
Dale Carnegie

I have been called many things in my life. I was named Melodie because my oldest sister wanted to name her first baby girl Melodie. I was born very late in my parents life and I am sure my mom was so surprised that she hadn’t the foggiest idea what to name me. My oldest sister had a baby boy the next year. I have always loved my name because it was different and even spelled in an unusual way. My nieces and nephews as well as a younger sister that quickly piled up after me could not say Melodie and I was called Nonie for a long time.

People like to shorten names and even though I sign my name Melodie and introduce myself as Melodie certain people call me Mel. It’s annoying but I have learned to live with it.

When my first grandchild was born I thought that maybe I would like her to call me Nonie. I didn’t see myself as grandma. My daughter married an Italian and his parents would be called Nona and Nono. My daughter thought that might be confusing so she proposed Mimi. I loved it! It suited my sensibility and tickled my funny bone. Perfect for the grandmother I hoped to be.

It was easy for Giorgia (Gigi) to say. So Gigi and Mimi became inseparable. After Giorgia came her brother Gianluca and then my son’s daughter Stella. Mimi’s world expanded exponentially.

When Giorgia now almost 6 and no longer Gigi says Mimi, I know it will be an exciting conversation; full of all the things she is learning. It will be about her art, her dance, her music or  the joy of kindergarten. It will be Mimi…did you know….? I will be enthralled. 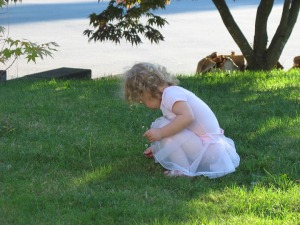 Gianluca not quite 2 thinks I live in my iPhone. This is where we communicate the most. He loves to just pick up his mom’s phone and say “haaallo MIMI! I lub you! I am thrilled to get his messages and just imagine his mischievous face. 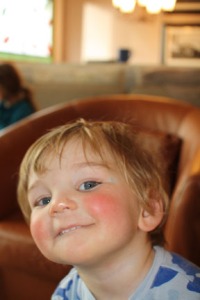 Stella 10 1/2 months said Mimi to me for the first time today. My heart melted. My daughter in law taught it to her this week. Best present ever. (note to daughter in-laws)

No matter what others call me, knowing that my name is spoken in love by those I cherish the most is all that matters. May I live up to Mimi!

This entry was posted in Archived. Bookmark the permalink.

This site uses Akismet to reduce spam. Learn how your comment data is processed.